The railway line has carved its way through the Alpine landscape of western Austria for over a century, providing generations with a vital link from Innsbruck, through the mountains and into Germany?s Garmisch-Partenkirchen. Now you can experience the wonder, beauty, and challenging nature of this line, as the scenic Mittenwaldbahn is now available for Train Simulator!
After the first proposals for a railway line between Seefeld and Innsbruck began to appear in the late 1880s, and following many disputes over financing, approval was granted and construction got underway. Seefeld was to be the original terminus, but this was quickly extended to Mittenwald, and eventually to the already existing station of Garmisch-Partenkirchen. While pushing costs even higher, this extension would allow a seamless connection between Munich and Innsbruck.
The line was opened in July 1912; however, it would not be until April of the following year until the planned electrification was complete and in full operation. Most railway lines weren?t built with the wires in mind, however it was decided to construct the Mittenwaldbahn in such a condition to avoid any future work being required; the landscape was difficult to work in, getting everything done at once avoided major developments in the future, despite the initial cost.
The Mittenwaldbahn proved essential to the locals, and saw a significant rise in tourist traffic with various ski resorts being accessible to many, this was particularly the case for the 1976 Winter Olympics and 1985 World Ski Championships. It was round this time when modernisation was undertaken to accommodate, including re-signalling and station re-builds.
Today, the Austrian section of the line (Innsbruck-Scharnitz) is operated as the S5 line of the Tyrol S-Bahn. ÖBB 4020s would have dominated this service back in their heyday, but the more common traction found is the ÖBB 4024 ?Talent? EMUs. DB also provide a regular service to Mittenwald from Munich, with occasional trains extending all the way to Innsbruck. The two operators also provide weekly InterCity Expresses, formed of the ICE-T high-speed train and stopping at key stations only. Any freight that traverses the route can often be found behind ÖBB?s modern and powerful 2016 ?Hercules? locomotives.
The Mittenwaldbahn for Train Simulator features the 58 km route between Garmisch-Partenkirchen Hbf and Innsbruck Hbf, complete with a variety of Career and Railfan Mode Scenarios allowing you to explore this classic and eye-catching route, all while putting your skills to the test!
Both the DB BR 442 in DB Regio livery, and ÖBB 2016 resplendent in the bold ÖBB red, is ready for your remote passenger and heavy freight needs. A selection of freight cars is included for the ÖBB 2016, and the locomotive itself is in clean, weathered and heavily weathered conditions. 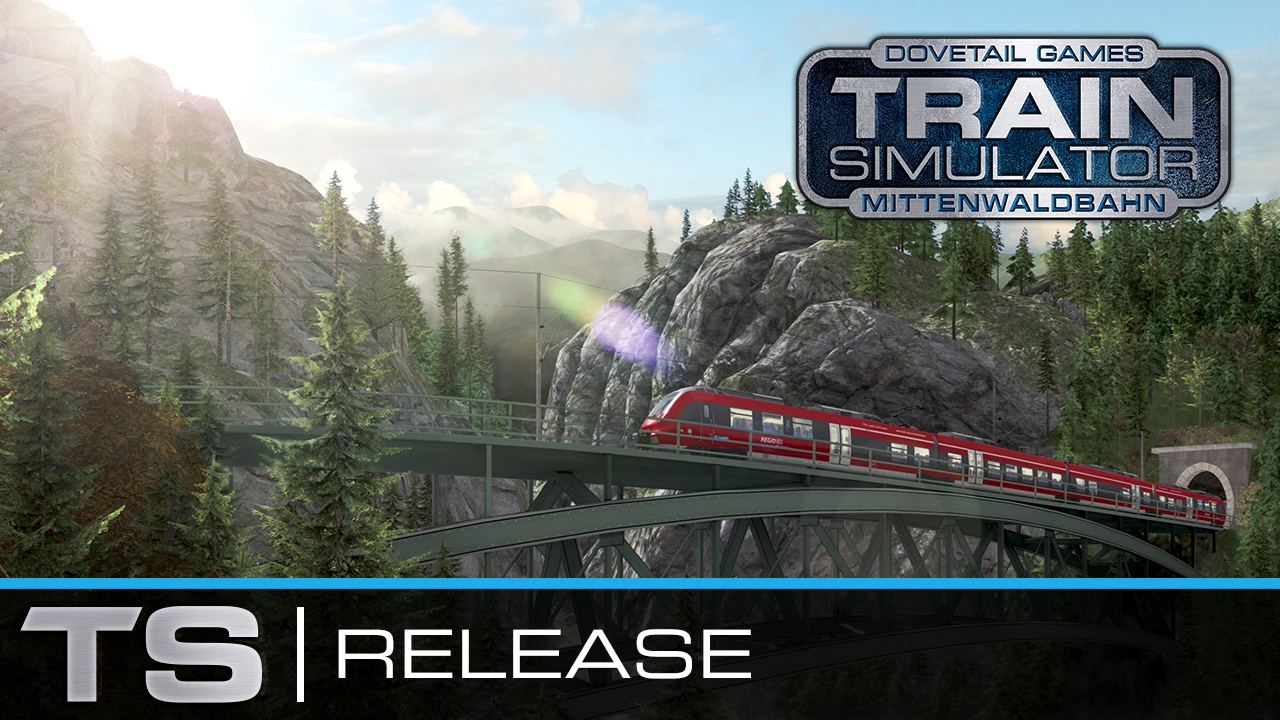 If you are contacting us regarding your account,
an order issue, or a return,
please contact us to this address: https://dovetailgames.freshdesk.com/support/home.