1955, the modernisation plan of British Railways was published. The plan called for all regions to gradually phase out steam locomotives in favour of modern diesel motive power. Most of the network opted for diesel-electric technology, the Western Region however took a different approach, and started chasing the idea of using hydraulic transmission.

A handful of designs would be produced in the following years for various duties, but none would be as striking as the “Western” which first rolled off the production line in the early 1960s. Derived from German diesel hydraulic technology, the “Western” was fitted with two engines, that when combined resulted in a much higher tractive effort than the previously built efforts.

The Class 52 was capable of achieving 90 mph, and unofficial records claim they reached speeds of 110 mph, nevertheless, they defined the standard for GWR express operation throughout the 1960s and 1970s, proving diesel-hydraulic traction could be used effectively. However, this reign only lasted until 1977 when they were displaced by the new BR Class 50 and British Rail’s flagship High Speed Train sets.

From a total pool of 74 locomotives, only 7 would survive into preservation and, even though this remaining few exist in various conditions, some are operational and call the West Somerset Railway their home.

Please note: Train Sim World: West Somerset Railway is required, as a separate purchase, in order to utilise the content featured in this add-on.

The full credit list can be accessed from the TSW “Options” menu. 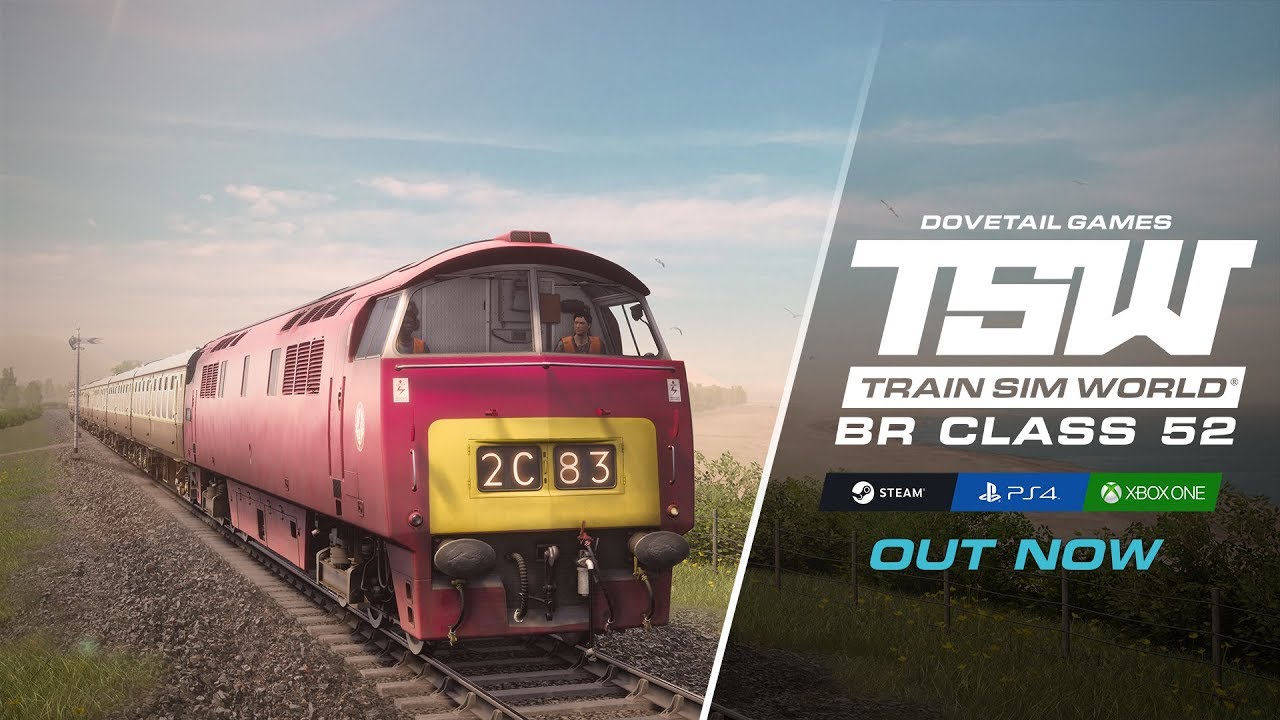